A little late this week, but with a few additions to summarize the first month since the revival of the @f3LM150.  This format gives a little more opportunity to better provide TClaps for the High Impact Men (HIM) of F3 Lake Murray participating in the F3LM150 challenge this year.  The data below are for the month of “September” which includes the period from 9/1 to 10/5/19.

Currently 10 of our pax are tracking posts for the year long 150 post challenge.  During the month of September, we saw significant progress for these men.  Socrates was the first (but probably not the last) to hit 200 posts, and he’s on track to bust 250 at his current rate!  Slate, Smithers, and Neck Brace reached 150 posts, and are pacing to hit 200 each.  Given the fortitude of these four pax, the tracker has been updated with 250 and 200 post threshold lines respectively. 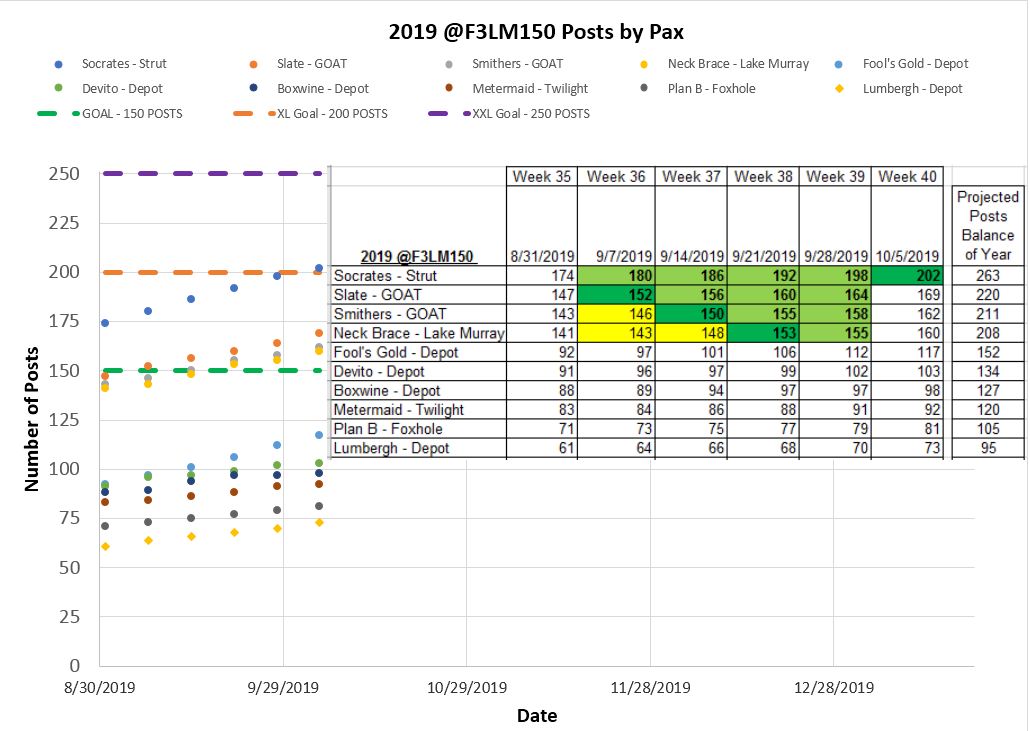 Great progress has been made in this group as well and after the recent addition of Strut’s Bones and Depot’s Stagecoach we now have 25 pax tracking for the 50 post challenge!

From an AO standpoint, Depot and the combined Strut/Foxhole/Twilight (aka SFT)  are fielding the most pax so far (10 each respectively)  Depot leads with the most total posts and GOAT has the highest number of posts per pax on average.

Similar to the 150 group above, Socrates consistent posting has him ahead all 5 weeks of the challenge thus far.  Rounding out the top three throughout the month has been STH, Milkman, Lap Dog, and Fool’s Gold.  Just within this first month, a number of PAX are at or nearly 50% finished for the 50 post challenge (with still 3 months left). 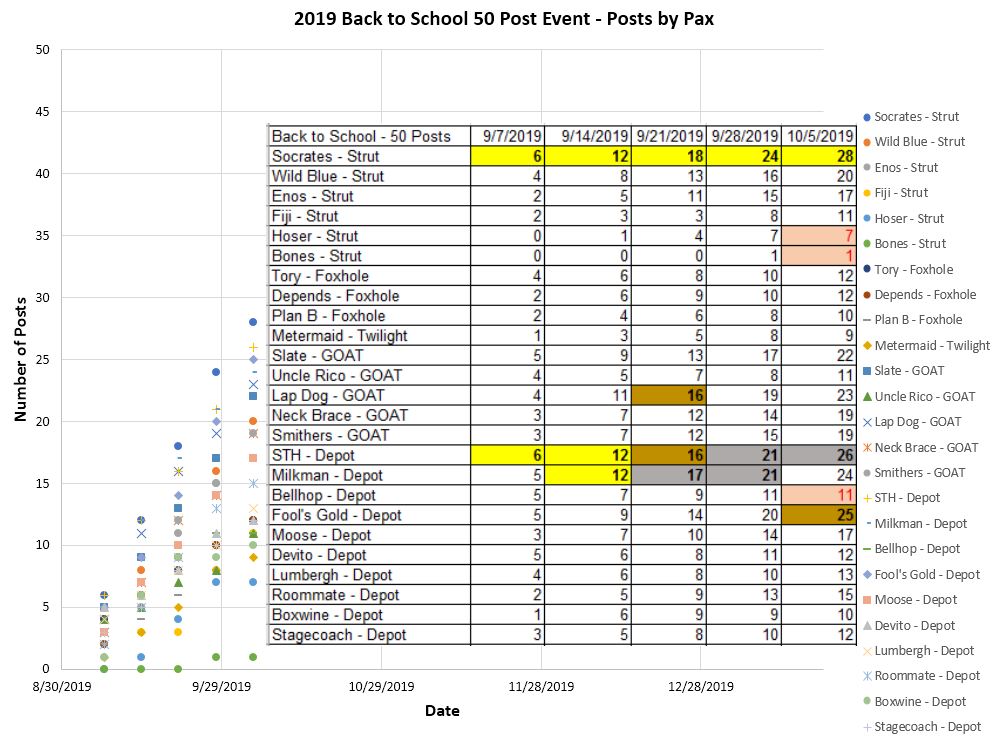 TClaps to our September leaders from each AO! 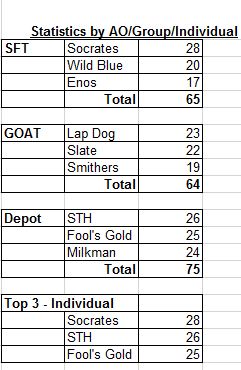 It’s always a good time to be in the gloom, but with “false fall” (hopefully) in the rearview and the best weather of the year upon us, it is especially good right now.  Major TClaps to the 25 pax who are participating in this event and diligently tracking and reporting their posts!  Business and leadership expert Peter Drucker famously said “What gets measured gets managed” and being in on an event like this is a good way to do just that.  Keep it up HIM!

All that said, it is never too late to join in on this thing.  Continue to EH your brothers and we’ll add them into the tracker so they can bring glory to their AOs and record their manly deeds of manliness for all to see.  On that note, we are still waiting for our first pax from north of the El Poblano line.  Looking forward to seeing who will be the first Roost and Speed Trap pax to join in on the fun.

Let’s continue to push hard this last quarter of the year, celebrate the victories, and get even more pax in on the fun for 2020.