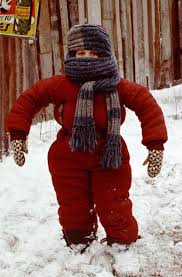 Mosey to the block pile and grab two small bricks apiece and head to the stadium. We set up camp under the cover of the stadium steps and didn’t venture too far from there.
15 SSH
2 burpees
15 TTT
2 burpees
10 Merkins
2 burpees
Little Baby Arm Circles 25 each way
2 burpees
OH Claps

The Thang:
The weather really took a toll on the PAX this morning as the Fartsack was a sweet companion to most. The two brave souls who ventured out into the gloom this morning to join YHC displayed both mental and physical toughness.
Round 1
We started out with two PAX performing Overhead claps with our bricks while the third bear crawled 15 yards out and back. We rotated until we hit a total of 300 OHC’s between the 3 of us.
Round 2
While the odd man out lunged 15yds out and back the remaining two PAX began standing squats rotating until we hit 300. About this time, we were joined by two PAX from the Hollow so we bumped the count up to 500, since we now had 5, because Math.
Round 3
We managed to find the stairs to perform one legged lunges. We each performed 50 lunges per leg.
Round 4
While two PAX bear crawled out 15yds the other three performed lateral arm raises with the bricks. We swapped out and kept rotating until we hit our magical 500 count.

Given it was nearly time and the two men from Hollow stilled had to mosey back to their flag we wrapped up with 10 burpees each and headed to the block pile.

Prayer Requests: none spoken, although that may have something to do with the fact that it was freezing and YHC forgot to ask for them. We did cover any unspoken prayers during the final prayer.