31 pax posted for the first ever Nativity Ruck on Christmas Eve for a Sunday Wander.  Below is the route we took and the passages that were read, and the questions the pax thought about along the route.  All 3 Fs were present this am

READING AT ICEHOUSE – Prophecy of Isaiah

1Nevertheless, there will be no more gloom for those who were in distress. In the past he humbled the land of Zebulun and the land of Naphtali, but in the future he will honor Galilee of the nations, by the Way of the Sea, beyond the Jordan—2The people walking in darkness have seen a great light; on those living in the land of deep darkness a light has dawned. 3You have enlarged the nation and increased their joy; they rejoice before you as people rejoice at the harvest, as warriors rejoice
when dividing the plunder. 4For as in the day of Midian’s defeat, you have shattered
the yoke that burdens them, the bar across their shoulders, the rod of their oppressor. 5Every warrior’s boot used in battle and every garment rolled in blood will be destined for burning, will be fuel for the fire. 6For to us a child is born,
to us a son is given, and the government will be on his shoulders. And he will be called Wonderful Counselor, Mighty God, Everlasting Father, Prince of Peace. 7Of the greatness of his government and peace there will be no end. He will reign on David’s throne and over his kingdom, establishing and upholding it with justice and righteousness from that time on and forever. The zeal of the Lord Almighty will accomplish this. 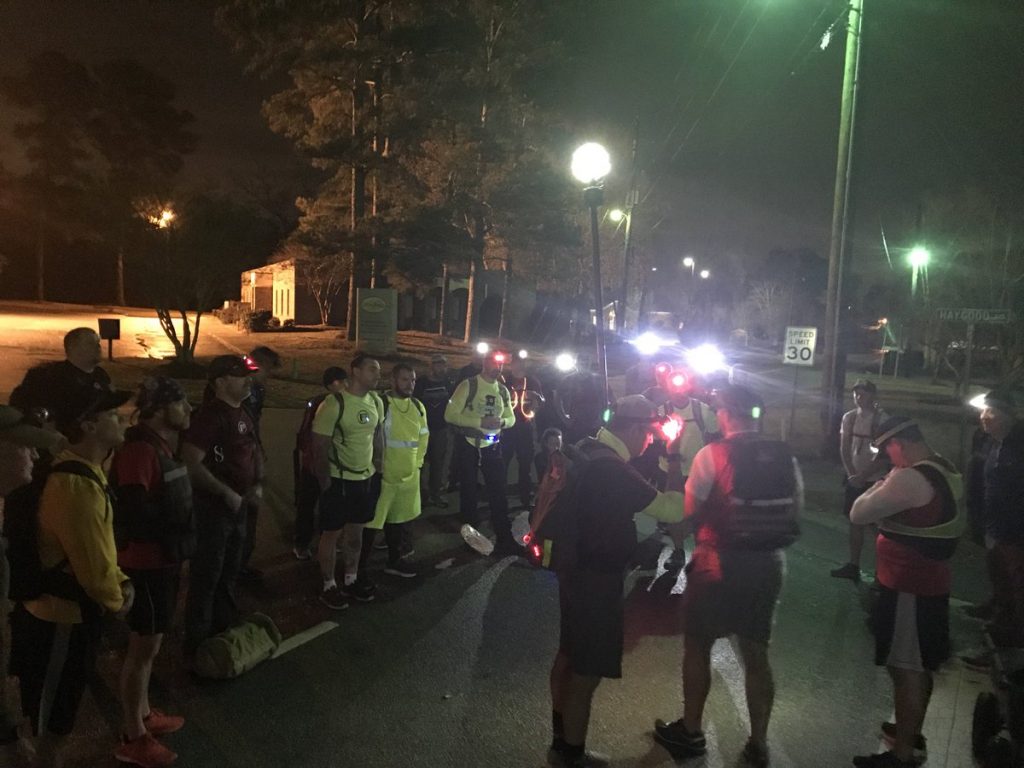 18This is how the birth of Jesus the Messiah came about: His mother Mary was pledged to be married to Joseph, but before they came together, she was found to be pregnant through the Holy Spirit. 19Because Joseph her husband was faithful to the law, and yet did not want to expose her to public disgrace, he had in mind to divorce her quietly. 20But after he had considered this, an angel of the Lord appeared to him in a dream and said, “Joseph son of David, do not be afraid to take Mary home as your wife, because what is conceived in her is from the Holy Spirit. 21She will give birth to a son, and you are to give him the name Jesus, because he will save his people from their sins.” 22All this took place to fulfill what the Lord had said through the prophet: 23“The virgin will conceive and give birth to a son, and they will call him Immanuel” 24When Joseph woke up, he did what the angel of the Lord had commanded him and took Mary home as his wife. 25But he did not consummate their marriage until she gave birth to a son. And he gave him the name Jesus.

READING AT LIBERTY TAX – The Census in Bethlehem 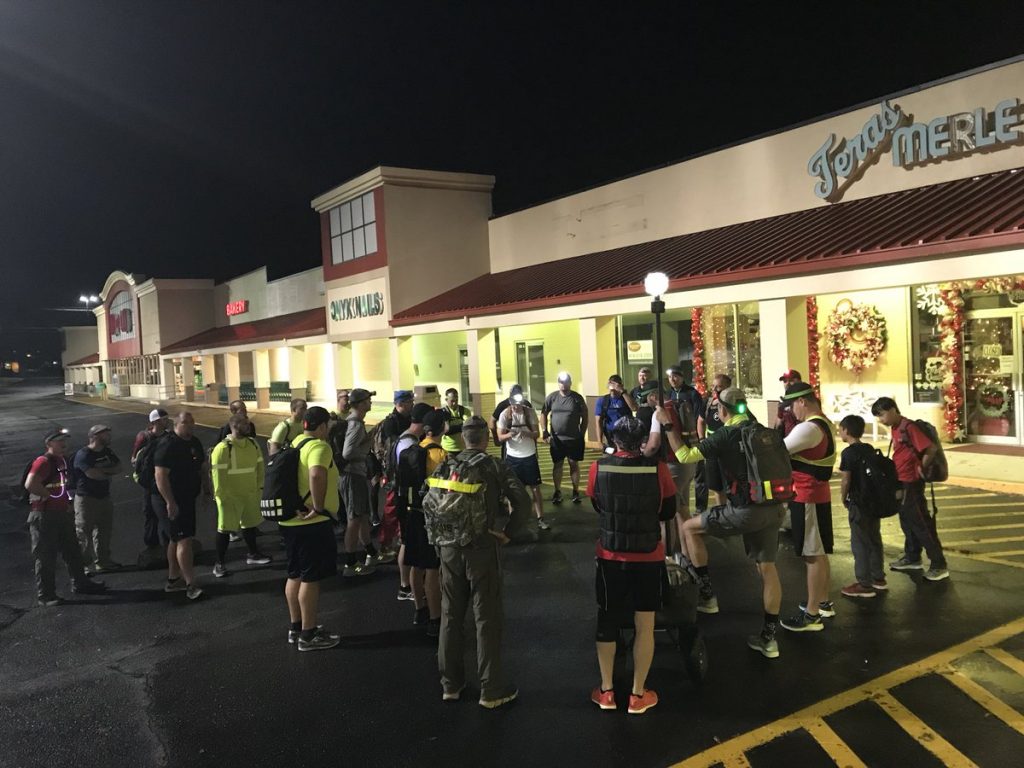 1In those days Caesar Augustus issued a decree that a census should be taken of the entire Roman world. 2(This was the first census that took place while2:2 Or This census took place before Quirinius was governor of Syria.) 3And everyone went to their own town to register. 4So Joseph also went up from the town of Nazareth in Galilee to Judea, to Bethlehem the town of David, because he belonged to the house and line of David. 5He went there to register with Mary, who was pledged to be married to him and was expecting a child.

Rucks on Front to represent Mary with Child

READING AT HAMPTON INN – No Room in the Inn 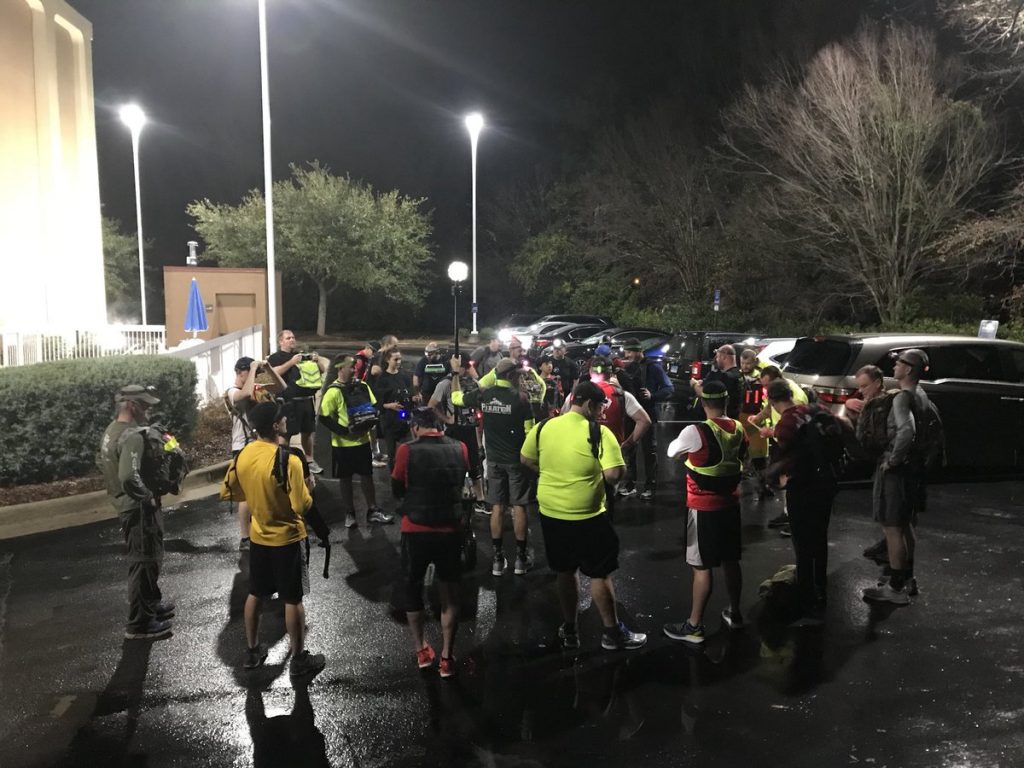 Luke2: 6While they were there, the time came for the baby to be born, 7and she gave birth to her firstborn, a son. She wrapped him in cloths and placed him in a manger, because there was no guest room available for them. 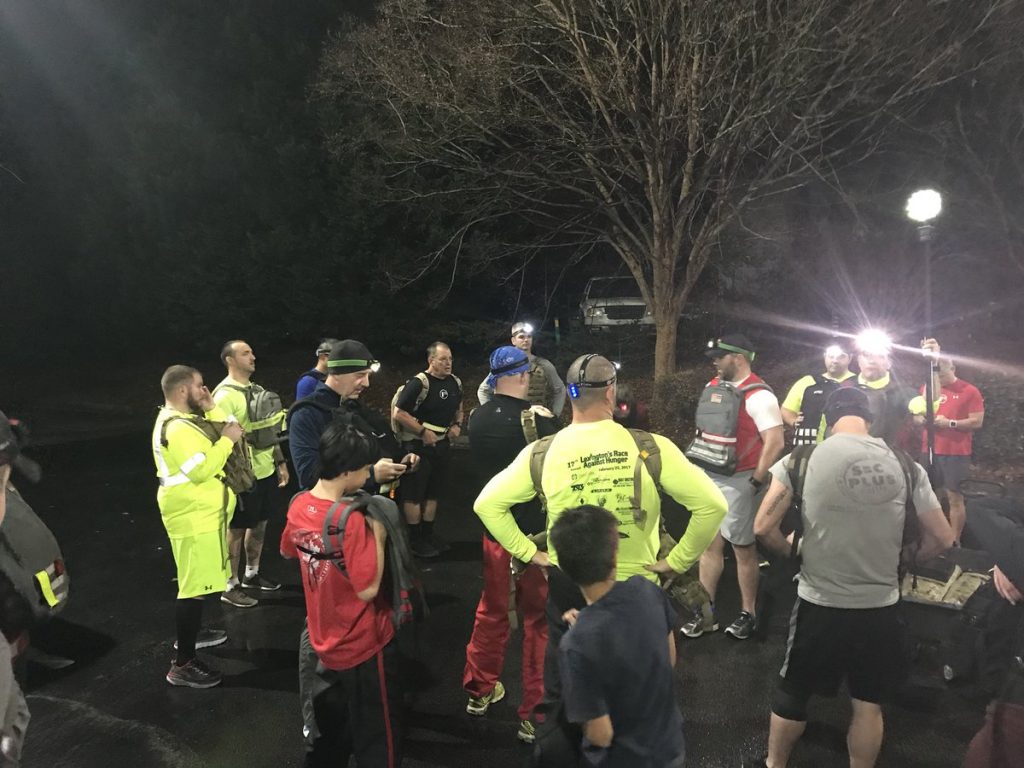 READING AT TRACTOR SUPPLY – Angels appear to the Shepherds 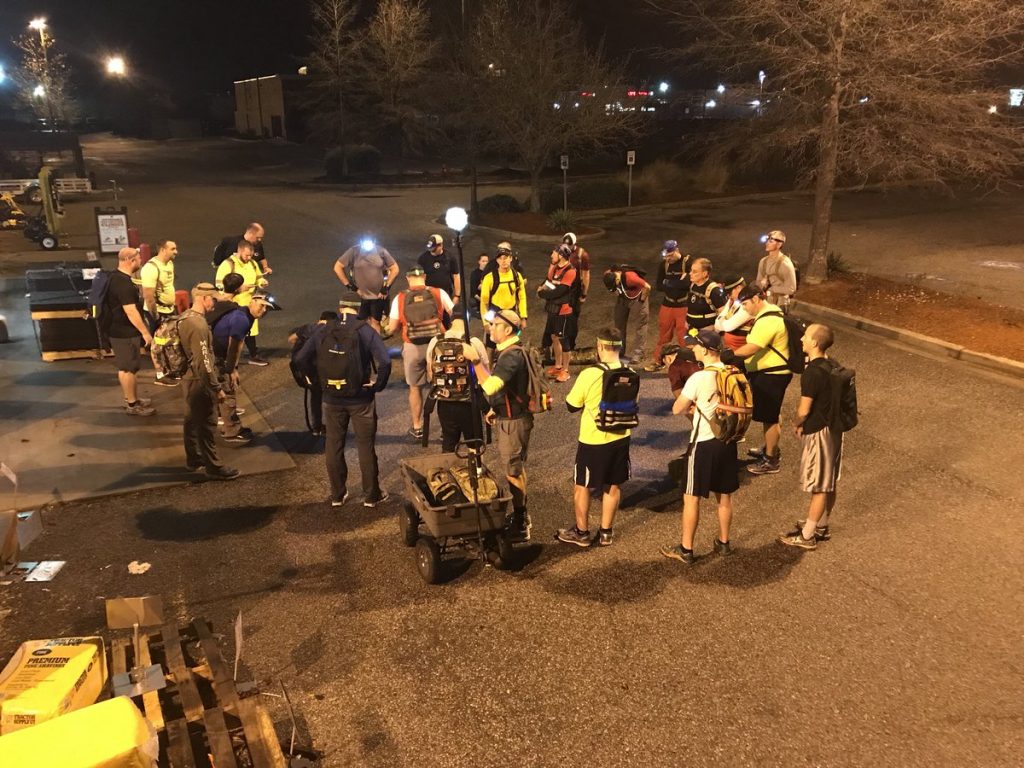 Luke 2: 8And there were shepherds living out in the fields nearby, keeping watch over their flocks at night. 9An angel of the Lord appeared to them, and the glory of the Lord shone around them, and they were terrified. 10But the angel said to them, “Do not be afraid. I bring you good news that will cause great joy for all the people. 11Today in the town of David a Savior has been born to you; he is the Messiah, the Lord. 12This will be a sign to you: You will find a baby wrapped in cloths and lying in a manger.” 13Suddenly a great company of the heavenly host appeared with the angel, praising God and saying, 14“Glory to God in the highest heaven,
and on earth peace to those on whom his favor rests.” 15When the angels had left them and gone into heaven, the shepherds said to one another, “Let’s go to Bethlehem and see this thing that has happened, which the Lord has told us about.” 16So they hurried off and found Mary and Joseph, and the baby, who was lying in the manger.

READINGS AT SAXE GOTHA – The Wisemen travel to see the Messiah 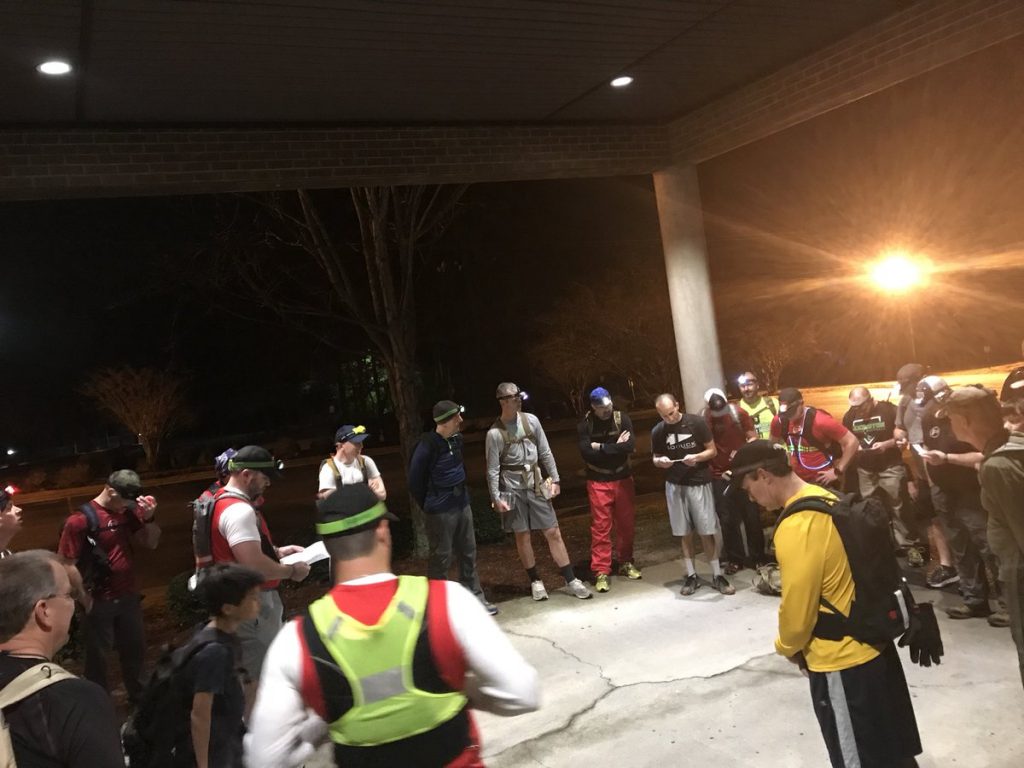 17When they had seen him, they spread the word concerning what had been told them about this child, 18and all who heard it were amazed at what the shepherds said to them. 19But Mary treasured up all these things and pondered them in her heart. 20The shepherds returned, glorifying and praising God for all the things they had heard and seen, which were just as they had been told.

1After Jesus was born in Bethlehem in Judea, during the time of King Herod, Magi came to Jerusalem 2and asked, “Where is the one who has been born king of the Jews? We saw his star when it rose and have come to worship him.” 3When King Herod heard this he was disturbed, and all Jerusalem with him. 4When he had called together all the people’s chief priests and teachers of the law, he asked them where the Messiah was to be born. 5“In Bethlehem in Judea,” they replied, “for this is what the prophet has written: 6“ ‘But you, Bethlehem, in the land of Judah, are by no means least among the rulers of Judah; for out of you will come a ruler who will shepherd my people Israel.’” 7Then Herod called the Magi secretly and found out from them the exact time the star had appeared. 8He sent them to Bethlehem and said, “Go and search carefully for the child. As soon as you find him, report to me, so that I too may go and worship him.” 9After they had heard the king, they went on their way, and the star they had seen when it rose went ahead of them until it stopped over the place where the child was. 10When they saw the star, they were overjoyed. 11On coming to the house, they saw the child with his mother Mary, and they bowed down and worshiped him. Then they opened their treasures and presented him with gifts of gold, frankincense and myrrh. 12And having been warned in a dream not to go back to Herod, they returned to their country by another route.

DEVO BACK AT ICEHOUSE

While You Were Sleeping (Christmas Version) https://www.youtube.com/watch?v=KhNjYG-QV2o

Oh little town of Bethlehem / Looks like another silent night
Above your deep and dreamless sleep / A giant star lights up the sky
And while you’re lying in the dark / There shines an everlasting light
For the King has left His throne / And is sleeping in a manger tonight, tonight

United States of America
Looks like another silent night

11Then I looked and heard the voice of many angels, numbering thousands upon thousands, and ten thousand times ten thousand. They encircled the throne and the living creatures and the elders. 12In a loud voice they were saying: “Worthy is the Lamb, who was slain, to receive power and wealth and wisdom and strength and honor and glory and praise!” 13Then I heard every creature in heaven and on earth and under the earth and on the sea, and all that is in them, saying: “To him who sits on the throne and to the Lamb be praise and honor and glory and power, for ever and ever!” 14The four living creatures said, “Amen,” and the elders fell down and worshiped.

The Gospel and Salvation is the same way.  It is not enough to know about it, to investigate it, think about it and figure it out.  It must be received.

Hoping every pax receives it and doesn’t let the Christmas pass while sleeping through the real meaning of Christmas.  Don’t miss out of the gift. 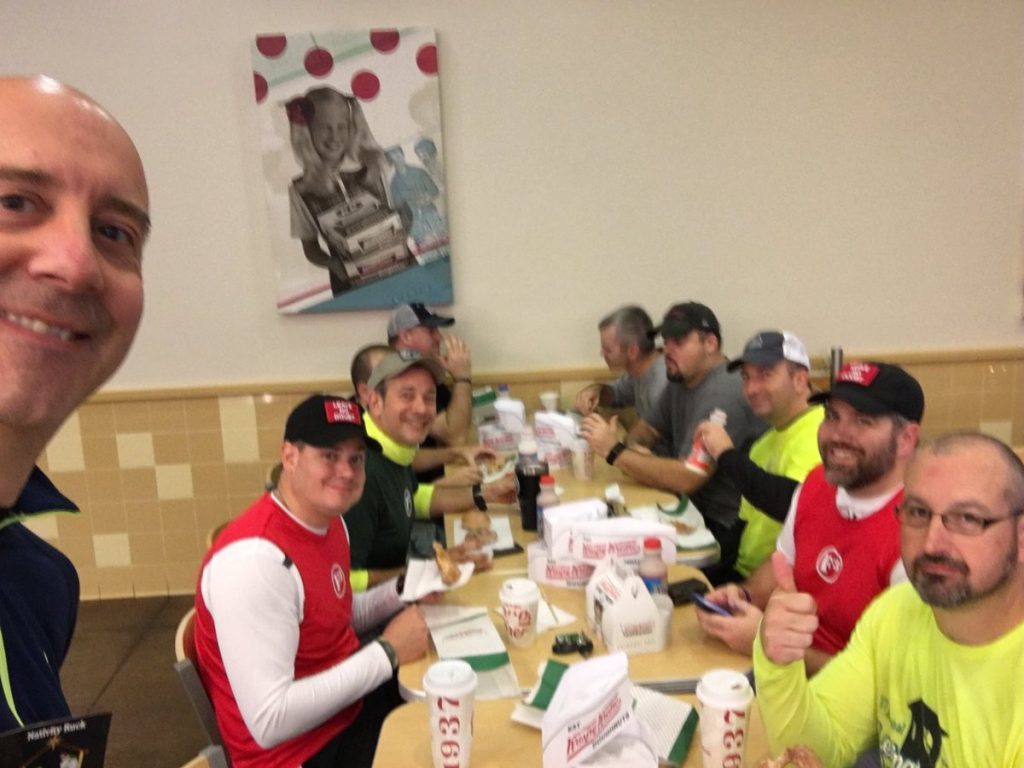