Lower 70’s temperature, high humidity, and even some fog this morning after the thunderstorms last night.  Given the excitement of today’s mystery Q, the PAX were excited and undeterred by the 0615 start, humidity, and soggy field conditions.  They were hopeful; however, that whoever was Q, he would as Benjamin Buford Blue liked to say (RIP Bubba) “keep our heads outta the mud” (see 1994 shrimping documentary Forrest Gump).

So why all the intrigue about who was Q, I mean Arrears has been on the Q sheet for over a month???  Turns out, our hermano de otra madre (Google translate, 5 seconds ago) was gifted free babysitting and plane tickets to Atlanta for he and his wife this weekend.  This brings up a lot of questions…… is this the start of baby #4 for the Arrears family?, why would one fly to Atlanta from Columbia?, has Arrears become “high toney” since moving to Lexington and now flies everywhere????

After probing (not in the literal sense) a handful (again, not in a literal sense) of other PAX to see their interest level for Q’ing this weekend and striking out, YHC stepped up and seized the opportunity to make the PAX better (side bonus was climbing another notch closer to Moose for 3rd place on most Q’s this year).

YHC did have a little fun with it and very much enjoyed the slightly worried faces of the PAX as he said “there’s the mystery Q!!” to each one as they arrived…..good stuff. 🙂

After a minute or so of speculation on what Arrears was doing in Atlanta that I’ll leave at Depot and not put in print, we did a thorough disclaimer and jumped into the Warm Up:

YHC likes to draw inspiration from other Q’s when YHC Q’s (ever notice how writing in the third person using jargon is more work?) and today was no exception (by “draw inspiration”, I of course mean outright theft, or in my new world of academia “plagiarism”, or in my old world of hard core gangsta rap  “Vanilla Icing”).

You can thank Pothole and Moose for the first part of The Thang and really Arrears for the whole Q (what IS he doing in Atlanta????).

If you’ve met our beloved Pothole, you know he likes a good Merkin. He also knows you can’t cheat while using a block (side note, next convergence lets do our Merkins on blocks).  Moose (also beloved), just on Thursday had us do 100 Squat Thrusters, which combine (almost) a squat/row, curl, and overhead press.  #FullBody

YHC decided to combine the two in part 1 of the Thang below as you’ll see:

Part one of the Thang:

It was right around this time that Clarice arrived, which was perfect timing since it brought our 13 PAX to 14, giving us even numbers for pairing.

The final part of The Thang was:

Blocks away, BOM, COT, , (Arrears will do this upon his return from ATL) conclude BC.

It was GREAT to see this big of a group on Saturday at Depot!  14 PAX!

Sometimes real life gets in the way of being able to get out here and get after it with your F3 brothers.  It happens to me for sure (see June/July 2019 #humblebrag).  Summertime is especially challenging to stay committed to F3 with vacations and other family activities.  Of course, we must allocate much of our time to work and similar activities as well (side note, if anyone figures out how to make a career out of just doing F3, sign me up). 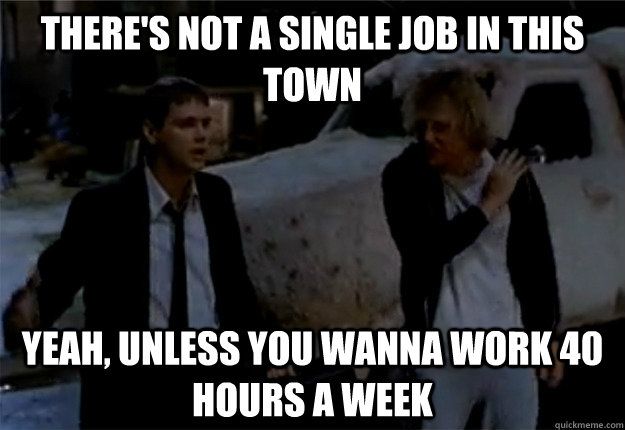 That said, for as many legitimate things that pull us out of the gloom (which are several), it is just as easy for us to make the choice ourselves to not do the harder thing and not post when we very well could (see me January-May this year).

Remember, this 8 pound glob of goo between our ears is programmed to keep us safe and keep us alive, not make us happy.  In one of life’s great ironies (and up there with the “ain’t that a bitch” category of all the foods that taste great being bad for us), while our brains’ programming keeps us alive, it’s only by rewriting that programming by doing the hard things that we actually wring the most Life (capital intentional) out of our brief time here on the #BigBlueBall.

Momentum is a fickle mistress, I recognize that for sure.  Probably less so than I should on the days she is with me than those that she is not.  For as much as it can help push us beyond what we thought we were capable of (#acceleration), it can just as easily (often without notice) allow us to slide down that slippery slope and lose what progress we have gained.

What to do?  The first step is super simple actually, but seeing it through isn’t easy.  Make a choice.  A choice to prioritize our health (both mental and physical, the effects of F3 on the former should not be underestimated) and make joining our F3 brothers in the gloom one of our main priorities.  Resolve to set our alarms, answer them when they call, and post.  Resolve to call that guy we haven’t seen in a while and get him out there too.  Decide to talk to that neighbor we’ve exchanged passing waves with the last several years and invite them out.

I’ll close with this.  I’ve experienced life with this gift of F3 and without it.  I’ve experienced it being all in with it and with admittedly some shame, half-assing it.  The difference is marked and it ripples throughout everything else in my life….the kind of dad, husband, friend, and co-worker I am are all improved when I’m all in and #accelerating.  Not that life is any easier when you are #accelerating, but you are better equipped to deal with the obstacles and setbacks that are before you.  Invaluable are your F3 brothers that are there to counsel, encourage, or just listen as well.  You can’t help but get better by spending time with them. 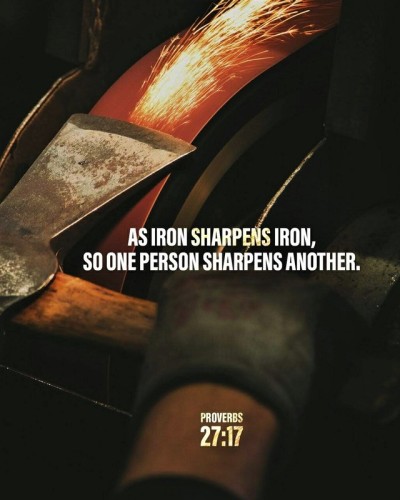 Alright, all that said, I’m grateful for each and every PAX who made the trip out to Depot today. I’m grateful to have been able to spend a few hours with them inside and outside the gloom today.   In addition to some of our Depot regulars, it was good to see our brothers from GOAT and Strut out here.

Thanks to Arrears for the opportunity to Q, safe travels brother!

Also, big TClaps for those 10 PAX (Neck Brace, Beetle (2.0), Blue Crab, Bellhop, Lorena, LapDog, Knot, The Don, and Hobby Lobby) who participated in the trash clean up.  TClaps to Neck Brace for encouraging us to do it and Stagecoach for making us aware of the opportunity with the Ballentine Civic Association.  It was a good time and it feels good to help out in our community.  I look forward to doing more things like this.

If you’re curious, perhaps the most interesting piece of trash I saw was a thank you note, written from a “McKenzie” to a “Grayson”.  It reads as follows:

I think you are amazing!!  Happy Boss Man Day!!! 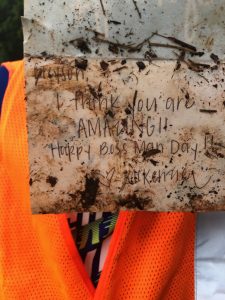 I’m glad the art of the handwritten note is not dead.

I’m sad that Grayson threw this out the window and it ended up beside the road.

I’m curious if McKenzie is still employed by Grayson.

A few pics below: 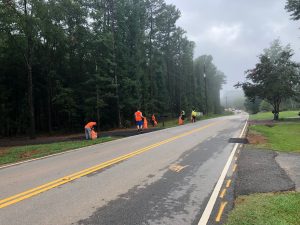 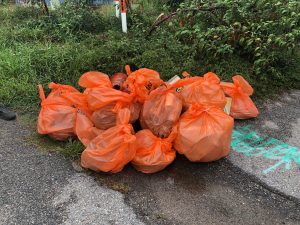 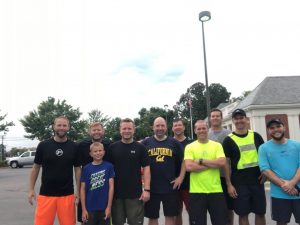 Tuesday 8/27/19 Pothole is back for his 2nd August Q at Depot.  The first one was about form, will the next one be a colossal beatdown???  Come on out to see if Pothole is triggered or not, you will get better either way.

August Depot Post Challenge – Neck Brace challenged us to each get 15 posts in August, let’s get er done men.

F3 Iron PAX – This is an event put on by F3 Greenwood.  It is a competition to see which PAX in the F3 Nation is the Iron PAX.  It is also a region vs region competition and the more PAX you have the higher the potential score for the region.   This kicks off in September, but sign up is ongoing.  As of right now, our cohort of ~50 active and another ~100 semi to inactive PAX is only at 19….we can do better.  Sign Up!!!

Last, but certainly not least is from our new Nan’Tan Neck Brace.  After a relaxing trip to Disney in the corporate F3 Lake Murray jet, he’s flush with energy and ideas to make this good thing called F3 Lake Murray even better.  He’s looking for some PAX to help him in this endeavor, so reach out if you are interested in helping #accelerate our great AO.

The Q lineup for late August and September continues to be strong, but slots are still open.  Let’s fill them up and keep the party going!

Link below to sign up to Q if you have misplaced it:

Prayers for all of our F3 brothers dealing with whatever challenges life is handing them right now.  Give them strength to not only endure, but to become stronger and flourish.

Prayers that our numbers continue to grow and we can reach more and more PAX that need this F3 thing in their lives.