Some of you may know me. And you may have heard this tale before. But for you new fellers, I’m Ol’ Beadsy. And one thing you should know about me, is that I’m not a professional story-teller. I assume you’re here of your own free will, and you should use caution this morning, be aware of your surroundings, and hear this tale at your own risk.  Grab a seat along that wall.

For those of you that do know me, you may know that I’m a big history buff. A few months ago was researching some genealogy records at the Library and came across an interesting newspaper article from the early 19th century. It was from the original local midlands newspaper – The Columbia Cryer. Above the ads for Joan of Arc Butter Beans and Dr. Bull’s Snake Tonic, a headline jumped out at me – LOCAL BOY MURDERED! Of course, they didn’t have photos back then, but the drawing that accompanied the article stood out to me. It was of a young man, about the same age as most of us. He appeared to be healthy and in the prime of his life. But when I kept scrolling and looked beneath the fold, I saw a gruesome site. On the other side of the paper was the macabre vision of the rest of this young man, with his lower half severed in twain, and in their place, the bloodied legs of a goat had been sewn on. Of course, I expect no man could have lived very long absent the necessary appendages for bipedal locomotion. Or could he?

My fascination with those events turned me deeper into the research of Columbia’s history, all the way back to 1817. All this land that we’re sitting on used to be owned by Jebediah Pemberton. He had a farm house right on this very spot, raising alpacas. Back then, Alpacas were used as transportation, long before the trolley lines were put in on Devine Street. Now most folks got along just fine with Jebediah. Most folks but one. The history books will tell you that SC Governor John Drayton is famous for founding the SC College (USC) in 1801. What they won’t tell you, is that Governor John Drayton’s wife Hester was a practicing witch!! Old Lady Hester mostly kept to herself and stayed out of people’s way, but every once in a while she had to venture out of the swamp to get ingredients for her potions. And one of the most important ingredients she needed – was eye of alpaca. And of course, the only place to find alpaca eye in these parts, was on Jebediah’s land.

One early October morning, exactly 200 years ago today, right around this same time, Hester realized she needed some of that sweet sweet alpaca eye. So she sent a few ghouls to Jebediah’s farm to run him off. Once he was off the property, she would be free to collect all the ingredients she needed. The ghouls showed up to Jebediah’s place and broke into his farmhouse. They murdered his family and then came for him. Jebediah was overtaken in panic and fear. His mouth gaped wide as a warm flush of urine trickled down his leg. A strong sense of self-preservation overcame him, as Jebediah picked up the head of his dearly beloved wife, and ran. Let’s go (grab pumpkin):

Mosey from Hand to Wheat/Woodrow

As the ghouls cornered Jebediah, he attempted to fight back:

Gasping for breath, Jebediah realized he was weak. He used slaves to tend to his alpaca and his body had gotten soft and his muscles had begun to atrophy. What little resistance he tried to put up was quickly met with force. Jebediah ran to the only sanctuary he knew – the local church:

Jebediah’s arms flailed about and he again tried to fight the ghouls off:

But the townspeople were afraid of the militia, and the doors to the church were locked, so Jebediah kept running

Jeb was pretty far from his farm by now, and had to jump up to see over the shrubs for a look at his farm. But the shrubs were too high, so next he tried looking under them.

Burp and Merk ladder to 10:

After way too many attempts to look above and under the shrubs than a normal person might try, Jeb finally gave up, and kept running

Mosey to Queen/Devine <POST SOMEONE AT TOP FOR TRAFFIC>

At this point, Jeb reached a hill. Winded from his flight from the ghouls, Jebediah was disoriented. Which path led him back to his farm? Should he remain on his Westerly course? Or was the true path at the bottom of this hill? Faced with indecision, he tried them both – many many times (AMRAP – 8 minutes total).

It was at this point that Jebediah realized he had to stand up for himself. So he ran back to his property

Jebediah flailed his arms about as a series of bats flew down from the sky and rushed at him. When they continued to come, he dropped to the ground to avoid them:

After fighting off the bats, Jebediah continued on his journey back to the house. But Hester was watching Jeb through her crystal ball, and sent bears and crabs after him:

Jeb continued on his path back home when a wall of fog suddenly appeared within the gloom and enveloped him. He again attempted to avoid it:

Once they were gone, he got up and ran back to his property, which was now overcome by ghouls. Upon noticing this, he quickly hid against a wall:

Jeb decided to make a break for it and ran back to his farmhouse and his beloved alpacas, most of which were now dismembered and littered across the fields. He knew he would need to be stronger for his fight with the ghouls, so he went through one last training montage:

At this point, Jeb knew that any more training would be futile, and prepared himself for the final confrontation with Hester the Witch.

Upon seeing Hester in his house, covered in the blood of dead alpaca, Hester began his final battle. But he was no match for Hester, who, emboldened by the newfound power she had, picked Jebediah up and impaled his back onto a grain hook. With one swipe of her wand, she disemboweled him from the waist. “You love your beloved alpacas so much?” she exclaimed. “Then be with them…for eternity!”

With another sweep of her wand she picked up an alpaca’s severed hindquarters and merged them onto the lower half of Jebediah, who flailed and screamed and kicked his legs on the ground for several minutes as he tried to make sense of his newfound but unwanted body:

While Jebediah flailed on the ground and the last few minutes of life seeped out of him, Hester cackled maniacally, jumped on her broom and flew away into the night, screaming “So long dear, and thanks for all the Alpaca! It has truly been a devine night!” 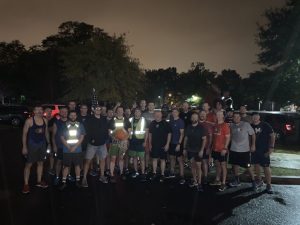