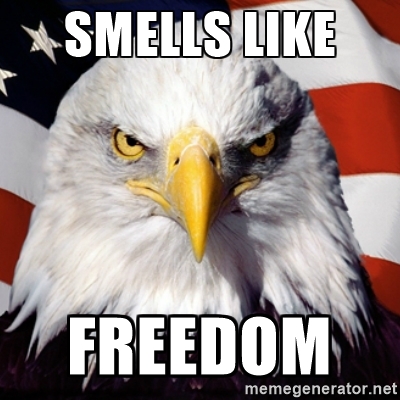 After a quick disclaimer, six #menofdepot did a little warmin’ up by:

As YHC awoke from a burger, beer, and firework-induced haze today he did his usual morning business (will be described at length in YHC’s new upcoming book “What’s this in my toilet?  A definitive guide on bodily functions. 3rd edition”), he noted on our Depot message board that our dear brother Roommate caught a case of the rare and wily Fart Q.  This beast, almost unknown in these here parts, is a sight to behold not unlike the Himalayan Yeti, Canadian Ogopogo, or a Subaru with less than 20 bumper stickers on it (can’t we all just coexist and eat some Ben and Jerry’s with our stick people families???).

Although YHC had no plan, no weinkie, and wasn’t sure what the PAX would want this morning (biscuits maybe?), he somehow knew that those 6 years in drama club, a masters of fine arts, and a brief stint with the Rockettes would come in handy one day (take that, disapproving parents!)

Each PAX then grabbed a pair of bricks and headed to the top of the parking lot, near the upper speed bump, for the main part of the Q which consisted of a bit of brick shuttling (aka a very inefficient way to move bricks around):

PAX 1 shuttled 2 bricks to the bottom speed bump and ran back.

PAX 2 did exercises while waiting on PAX 1 to return, then PAX would flapjack and retrieve the bricks and bring them back.  The reps were counted collectively and the exercises were as follows:

*on the last one we pulled an agent Michael Skarn and improvised a little bit….

by using the main parking lot with Kitty Litter’s truck being the turnaround point.  The PAX just held onto their bricks and then swapped out when they collectively got to 200 reps.

Almost out of time, and after shuttling roughly 2 miles (according to my cyphering), we returned the bricks to the brickpile for a very quick Mary, consisting of:

Seneca the younger, a stoic philosopher from way back when, is often quoted as saying “Luck is the intersection of preparation and opportunity.”  This is one of my favorite quotes of all time.  As I spend more time on this big watery rock hurtling around the sun, I see its truth more and more.  I’m sure if we analyze our lives we can look back and think of many instances of this.  Times where if we hadn’t been in that place at that time, or said that thing to that person, or made that particular choice, our lives might be drastically different than they are today (not necessarily better or worse, but different).

We each have our own F3 story as well….that persistent (or pestering) friend who kept EHing you to come out and see what F3 was all about, happening upon a bunch of sweaty men in a dark parking lot and saying “those are my kinda people” (Roll Tide for those in the know), or maybe a friend in town for his kid’s soccer tournament who invited you out to a “workout group” that turned out to be so much more.  We are all “lucky” to have whatever it was that lit that spark for us that compelled us to make the more difficult choice and post that first time, and the next after that, and so on, and so on….  Especially “lucky” are those who have nurtured that F3 spark into more of a raging dumpster fire that has spilled over into their lives in other ways…..being a better brother, husband, father; better physical, mental, and emotional fitness; and knowing when to end a BB at the appropriate time (I’m a work in progress).  Whatever it is that F3 means to you, I hope and pray that that fire keeps burning and you keep coming out to get better (and help me get better) whenever you can.

IF you haven’t been out for a while, come on back out.  We miss you and have been listening to an unhealthy amount of Phil Collins songs in your absence.

Also, we could use some of your luck to rub off on us.   SYITG!

@F3lakemurray 2019 teams are forming and there are open slots.  Blart and Soft Toss may have an open slot or two in their van.  Talk to fellow PAX if interested and Bellhop is a great point of contact for all things P200 if you have questions.  Ye annual event will be upon ye afore ye know it, so tarry not and start thy running plans with haste!  There are run groups galore out there on the twitters….preakness, stagger, swagger, struggle, boner (just checking to see if you were paying attention), twilight, donut run, weekend Harbison trail runs, CATE center runs, etc., etc., somebody is running somewhere either toward or from something pretty much every day.  Let me know and I’d be happy to provide you the details and go for a run with you some time!

@Depot boot camps on Saturday, starting at 0545 followed by handball at 0630.  For those who have not yet played, handball is a safe sport played in a hermetically sealed arena…..no chance of injury.  Recommended equipment includes a bottle of whiskey, bone to chew on, and a sewing kit.

Prayer’s to Soft Toss’ wife as she continues some medical testing which has been going on for some time.  Pray for wisdom for the doctors assessing things and a speedy solution to get her healed up and back on the right track.  Also comfort for the whole family while this process continues.

Tclaps to Soft Toss, Blart, Bumblebee, Kitty Litter, and Prairie Dog for braving the fart sack today and for Roommate for giving me the opportunity to Q in your stead (something I need to step up and do much more of).