Warm and Humid Thursday Morning. 6 pax take on the gloom.

Each Pax was to complete the following. 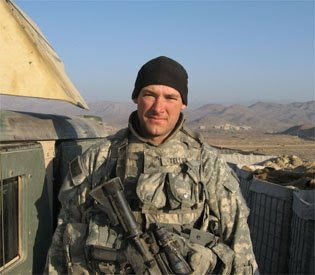 The previous April, Tellier’s unit was conducting a mounted patrol when one of its vehicles drove over and detonated a bomb, which set the vehicle on fire, according to a statement from the 82nd Airborne.

Tellier pulled two paratroopers out of the vehicle to safety, suffering severe burns to his hands. He was awarded the Bronze Star Medal with valor for his actions.

After he was burned, Tellier jumped up in the turret to return fire, said Sgt. Michael Layton, a member of Tellier’s unit. A lieutenant made Tellier get out of the vehicle because of his injuries, Layton said.

“Zachary Tellier has to be the biggest hero I’ve ever known or heard of, not just because of what he did, but because of his personality,” Layton said. “He came in the Army because he wanted to be around soldiers and serve his country, and he paid the ultimate sacrifice.”

Moleskin:
Numbers are Low, EH someone.