The Thang: 5 pax total took on the forest….well, the Hamptons, which were once a forest, and now simply a bunch of trees with houses between. And you’d have thought, NOT on the pavement. Well, that was just too much to ask. Just as we were talking about running in the dark and whether to wear a headlamp or not, YHC found the small tree that had fallen in the road, and emerged a little worse for the wear. But, all made it through, with some ahem unintended modifications, with a Kettlebells fly-by. Roughly 6.3 miles of hilly goodness.

Prayer requests/announcements: Convergence at Woodshed Tuesday for 6 year anniversary.
Virtual BOM
Devo: Being a light in a dark world 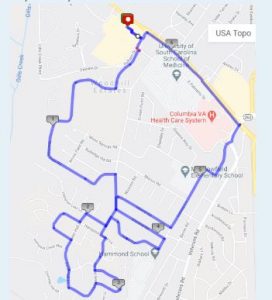