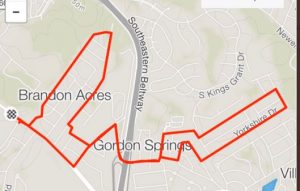 No particular reason YHC used that title just came to my head. Because I got some sleep. Because I managed to grab some Z’s while the other guys ran. In other words, I Q’d in the horizontal. Well, allright, actually all I did was come up with the route. Noonan took care of the rest (T-Claps sir, a scholar and a gentleman). Plantar fasciitis sucks.

The Route: As above. So, there was an incident with an out of control truck exiting the tunnels. That is certainly one of the riskier spots in our area for running, and I often take us through there, which many of you don’t like, understandably. I do it because, other than that spot, its a nice little area we don’t go often, preventing boredom with the same tired routes. If we come to a general conclusion that we should as a group avoid the tunnels, I will respect that. My opinion is it should be fair game, and that with situational awareness and reflective gear it is acceptably safe, but I absolutely respect those who disagree. I love ya’ll and don’t want anybody smushed. AOQ, wanna weigh in? I will put up a poll in GroupMe if you wish.

And yes, this backblast stinks, but its still part of the Q and I’m not gonna let the minor detail that I wasn’t technically there keep me from doing it. 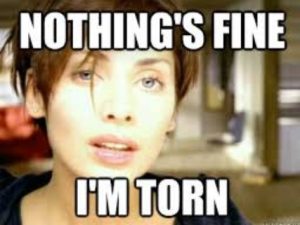