Finally after four days of waiting on a guy called No Help to help he helped.  I believe I figured out why he is called No Help.  No, he did great, and I am excited to bore you with the following.

It was the day of Halloween and YHC knew just the trick that would feel like a treat.  Five years of undergrad in the Kinesiology Department at Charleston Southern gave me the know-how of just the trick.  Obviously, I am not an English major like Cinco de Mayo so writing is not my wheelhouse.  I did, however, remember an exercise routine we did that hurt like crazy days after.  Coach Steele, who I hated at the time but used so many of his tricks as a c 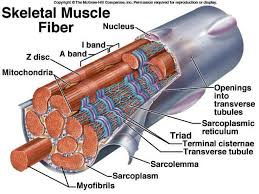 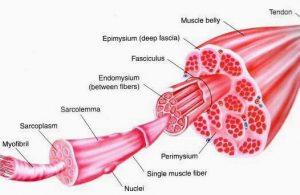 oach, made an offseason workout he call the “Hypertrophy Stage”.

Hypertrophy simply means the enlargement of an organ or tissue in the human body.  There are people who spend thousands and make a man like Spit rich by trying to figure out the best way to do this.  Well Dr. Harper, my Kinesiology professor, explained how to scientifically grow the muscles the best way.  Simple,  elongate the muscle while applying as much strain as possible throughout the movement.   In other words, slow down the reps and travel through the full range of motion.

There are actually two ways of making the muscles grow, myofibrillar and sarcoplasmic hypertrophy.  So which one is better?  Myofibrillar is the growth of the tiny muscle fibers and sarcoplasmic is the growth of the other muscle cells.  Bodybuilders go for the sarcoplasmic growth and most athletes go the myofibrillar route.  Myofibrillar enhances more strength.  My target for the “Hypertrophy Stage” Bootcamp was both.  If you are reading this now and struggled to get off of the toilet a couple of days ago, it worked.  If not, just know it worked for me!  That crap hurt, literally.

Zombie walk down the hill to the next corner and 31 slow monkey humpers.

Zombie walk to next corner and Bobby Hurley ending in a Cheerleader.  Of course in slow motion.  Some pax were too eager with their jump shots and could not find their feminine side to finish with a cheerleader.

We did this until the 45 minutes was up which was only three to four laps.  Time was called and pax made their way to the shovel flag.  Success a no mosey Q.

Devotion:  Solomon showed humility when he was crowned king and asked God to give him the wisdom to do what is best for all of God’s people.  Because Solomon asked for God’s people and not himself he was blessed to be the wisest man and have more wealth than any other kingdom during his lifetime.