Unfortunately several  of  our regular pax are out of town and some dealing with injuries.  One bearded pax  stayed up too late getting presents ready and did not make it. 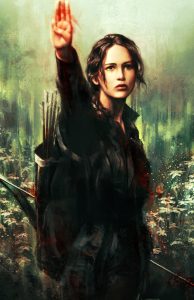 This was first time that python did 45 minute workout vs 30 minute workout as we have in the past. The extra 15 minutes definitely made a difference in both a good in a bad way.

Prayers for safe travel for our brothers not with us this morning and those out of town.

Prayers for those that have injuries and medical conditions.

Honeybuns brother going through rehab right now Praise that he has lost some weight.

Prayers for Brainiac grandmother and the situation.

HOW DOES THE MANGER REVEAL WHO CHRIST IS? 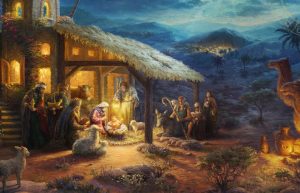 Jesus was laid in a manger because there was no room for Him. How solemnly this brings out the world’s estimate of the Christ of God. There was no appreciation of His amazing condescension. He was not wanted. It is so still. There is no room for Him in the schools, in society, in the business world, among the great throngs of pleasure seekers, in the political realm, in the newspapers, nor in many of the churches. It is only history repeating itself. All that the world gave the Savior was a manger, a cross on which to die, and a borrowed grave to receive His murdered body.

He was laid in a manger to demonstrate the extent of His poverty. “For you know the grace of our Lord Jesus Christ, that, though He was rich, yet for your sakes He became poor, that you through His poverty might be rich” (2 Corinthians 8:9). How “poor” He became, was thus manifested at the beginning. The One who, afterwards, had nowhere to lay His head, who had to ask for a penny when He would reply to His critics about the question of tribute, and who had to use another man’s house when instituting the Holy Supper, was, from the first, a homeless Stranger here. And the “manger” was the earliest evidence.

He was laid in a manger to show His contempt for worldly riches and pomp. We might think it more fitting for the Christ of God to be born in a palace and laid in a cradle of gold, lined with costly silks. But as He Himself reminds us in this same Gospel, “that which is highly esteemed among men, is abomination in the sight of God” (Luke 16:15). And what an exemplification of this truth was given when the infant Saviour was placed, not in a cradle of gold but, in an humble manger.

He was laid in a manger to mark His identification with human suffering and wretchedness. The One born was “The Son of Man.” He had left the heights of Heavens glory and had descended to our level, and here we behold Him entering the human condition at its lowest point. Thus did the Man of Sorrows identify Himself with human suffering.

Adapted from Why Four Gospels?, 3. The Gospel of Luke, by A.W. Pink.