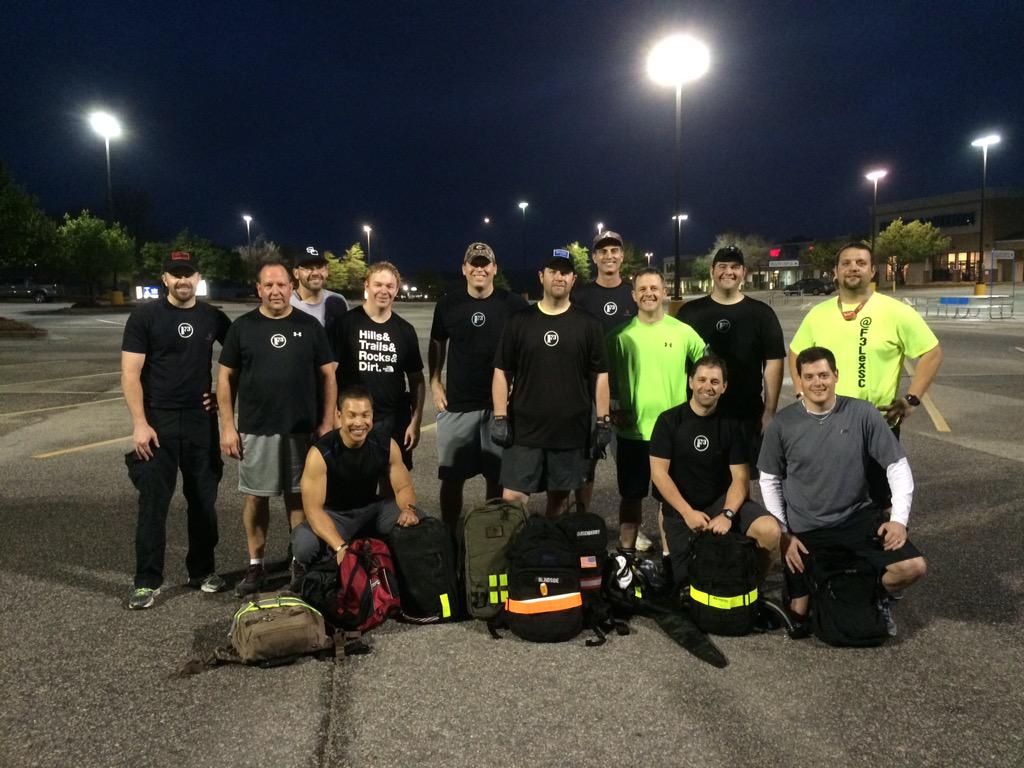 14 Pax posted for a challenge more of the 3rdF than the 1stF to Glorify the sacrifice and love of a man who lived #Iam3rd more than anyone. Total distance traveled was 7.6 miles. More information is included in this backblast than could be shared during the ruck.

Excerpts in italics come from the Journal of the American Medical Association found at: http://www.godandscience.org/apologetics/deathjesus.pdf

Conditions: 63 degrees with a nice breeze 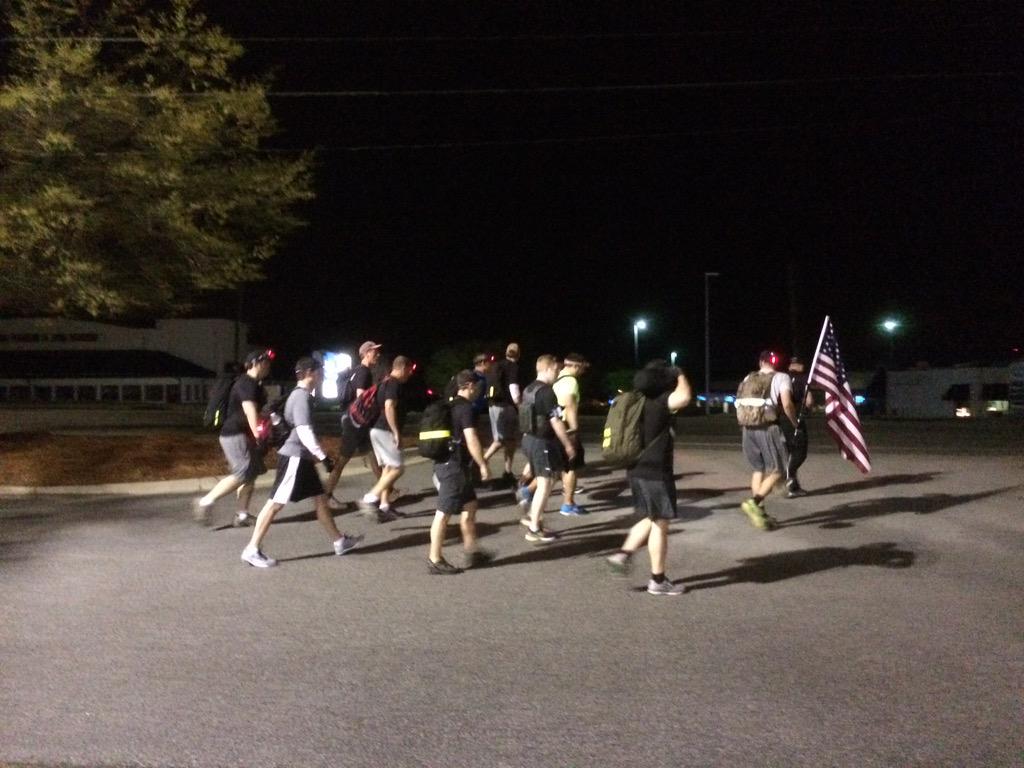 36 Then Jesus went with his disciples to a place called Gethsemane, and he said to them, “Sit here while I go over there and pray.”

37 He took Peter and the two sons of Zebedee along with him, and he began to be sorrowful and troubled.

38 Then he said to them, “My soul is overwhelmed with sorrow to the point of death. Stay here and keep watch with me.”

39 Going a little farther, he fell with his face to the ground and prayed, “My Father, if it is possible, may this cup be taken from me. Yet not as I will, but as you will.”

40 Then he returned to his disciples and found them sleeping. “Couldn’t you men keep watch with me for one hour?” he asked Peter.

41 “Watch and pray so that you will not fall into temptation. The spirit is willing, but the flesh is weak.”

42 He went away a second time and prayed, “My Father, if it is not possible for this cup to be taken away unless I drink it, may your will be done.”

42 “Father, if you are willing, take this cup from me; yet not my will, but yours be done.”

43 An angel from heaven appeared to him and strengthened him.

44 And being in anguish, he prayed more earnestly, and his sweat was like drops of blood falling to the ground

48 Immediately one of them ran and got a sponge. He filled it with wine vinegar,put it on a staff, and offered it to Jesus to drink.

5:45 AM – Arrive at Courthouse, Scripture and 39 merkins with Rucks on (Crowdpleaser)

57 Those who had arrested Jesus took him to Caiaphas the high priest, where the teachers of the law and the elders had assembled.

58 But Peter followed him at a distance, right up to the courtyard of the high priest. He entered and sat down with the guards to see the outcome.

59 The chief priests and the whole Sanhedrin were looking for false evidence against Jesus so that they could put him to death.

60 But they did not find any, though many false witnesses came forward. Finally two came forward

61 and declared, “This fellow said, ‘I am able to destroy the temple of God and rebuild it in three days.’”

62 Then the high priest stood up and said to Jesus, “Are you not going to answer? What is this testimony that these men are bringing against you?”

63 But Jesus remained silent. The high priest said to him, “I charge you under oath by the living God: Tell us if you are the Messiah, the Son of God.”

64 “You have said so,” Jesus replied. “But I say to all of you: From now on you will see the Son of Man sitting at the right hand of the Mighty One and coming on the clouds of heaven.”[e]

65 Then the high priest tore his clothes and said, “He has spoken blasphemy! Why do we need any more witnesses? Look, now you have heard the blasphemy.

67 Then they spit in his face and struck him with their fists. Others slapped him

5:51 AM – Arrive at Butler Street for Cross Ruck 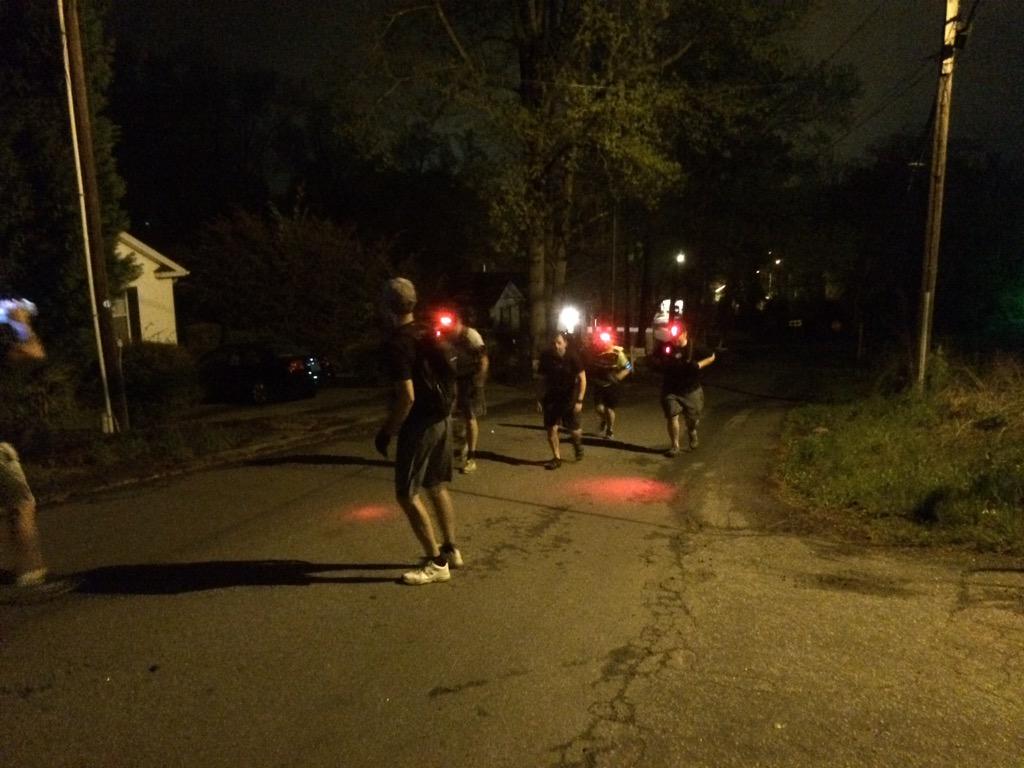 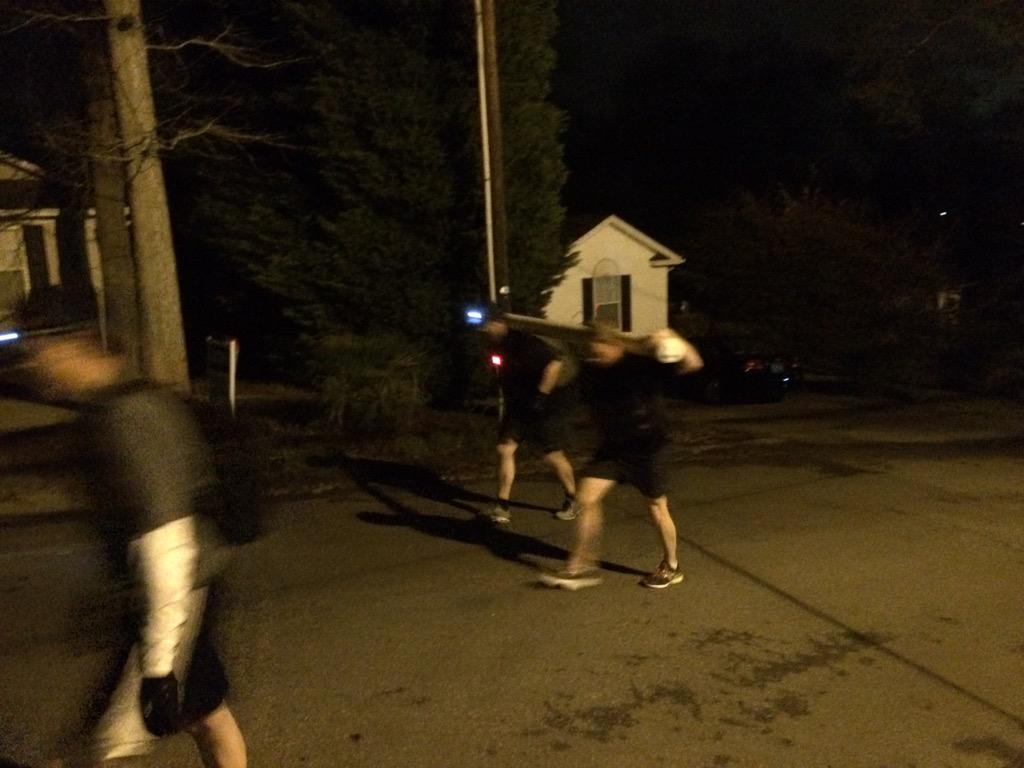 Devo: YHC enjoys music lyrics and has used them in previous devotionals.  Today, 2 songs were selected to show the and the victory with share with Christ in his Victory over death and sin.

Before the Throne of God Above:
Before the throne of God above I have a strong and perfect plea
A great High Priest whose name is love Who ever lives and pleads for me
My name is graven on His hands My name is written on His heart
I know that while in heav’n He stands No tongue can bid me thence depart

Behold Him there, the risen Lamb My perfect, spotless Righteousness
The great unchangeable I AM The King of glory and of grace
One with Himself, I cannot die My soul is purchased by His blood
My life is hid with Christ on high With Christ my Savior and my God

In Christ Alone: (Last 2 verses)
There in the ground His body lay, Light of the world by darkness slain;
Then bursting forth in glorious day, Up from the grave He rose again!
And as He stands in victory, Sin’s curse has lost its grip on me;
For I am His and He is mine — Bought with the precious blood of Christ.

No guilt in life, no fear in death — This is the pow’r of Christ in me;
From life’s first cry to final breath, Jesus commands my destiny.
No pow’r of hell, no scheme of man, Can ever pluck me from His hand;
Till He returns or calls me home — Here in the pow’r of Christ I’ll stand.