Weather – clear and cold (29 degrees by the trusty automobile)

YHC made the mistake of saying that we played Froccer instead of futbol.  The phone has learned that Froccer is a real word, and usually has it as a choice of usual words once I hit “F”.

Once 5am hit, we had a quick prayer then headed to the field.  Since we had 10 to start, we counted the 1’s and 2’s, but quickly realized there were a couple of 6’s that were just showing up.  No names here as I really could not see who it was, but randomly a second brightly lit soccer ball was bouncing on the field.  (more on that later)

Once we got the teams straight, it ended up being 7 on 6.  And the 7 began to dominate.  Actually, they dominated the second we walked on the field.  I am sure it was either the smooth footwork of Pinot to the defense of Black Lung, maybe even the long bombs of Steel Toe, but they ended up on an early big lead that Pepto decided to mercy rule and switch teams.

That is when Watergate started his quest for redemption.  Before you could figure out what was going on (and the brightly lit ball was now dimly lit), he had two hat tricks.  The time came where Pepto and Hot 4 Teacher left (right when he was beginning to figure out who was on his team) and the dimly lit ball turned into the really dimly lit ball.  YHC is sure more goals were scored, but I seriously lost track of it enough times that I scored without knowing it.  There is a great picture of how it looked…. 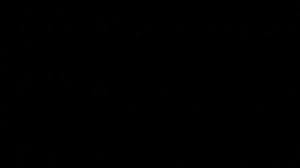 Floppy’s brother is on a medical mission to Haiti

Next week, back at Riverland Hills for some lighted (with the big lights) frisbee action.