You need to add a widget, row, or prebuilt layout before you’ll see anything here. 🙂

Nice and easy mosey to the entrance stop sign and back. Circle up 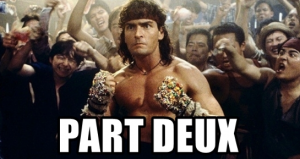 Mosey a little ways, circle up

Mosey a little ways, circle up

Second round – same thing but Jump Squat instead of Burpees and 130 Iron Crosses.

Third round – Same as round two but 200 Chest Press.

Mary – Around we went (counterclockwise) each PAX calling an exercise (well, almost every PAX). and finished with a 1 minute plank.

For our educators, especially those that passed away recently in the low country. For those going through illnesses and for our country.

Good work put in by everyone. This was YHC’s first Q in a pretty long time. Felt good to get back into the mix, things went pretty smoothly until the count which was done counter clockwise. Stuck the landing at the end by finishing the right way. Not sure anyone knew it was a birthday Q, but I appreciate everyone who posted. Great way to start off 39th year of life.