11 Pax joined YHC in his debut at one of the newest AOs in the Lexington region at Rocky Creek Elementary School. The untapped potential on this campus is YUGE! There were a good number of unfamiliar faces so I think this AO is tapping into a new source of Pax. After a short recon walk, that was mainly due to it being pretty darn cool out this morning and the fact I decided to go #SleevelessLikeCheech,

YHC scoped out a few interesting areas just on the front side of the school. Apparently there is even more fun stuff around back!

The Weather: 54 with a slight wind

Mosey back around to the front
NASCAR Split into teams of 5 or 6 Pax
One person is car
Rest are crew
Car calls exercise to AMRAP while sprinting
Car sprints loop back to crew
Car planks upon arrival to crew
Crew does 20 Merkins each (While making pit stop noises!)
When complete rotate roles and repeat until everyone has been the car

Mosey over to the interesting roundabout feature that happens to have 8 trees evenly spaced around it
spread out and pick a tree to start from
bearcrawl to the next tree and do a burpee
continue bearcrawling to each tree adding a burpee rep until you reach 8 reps. 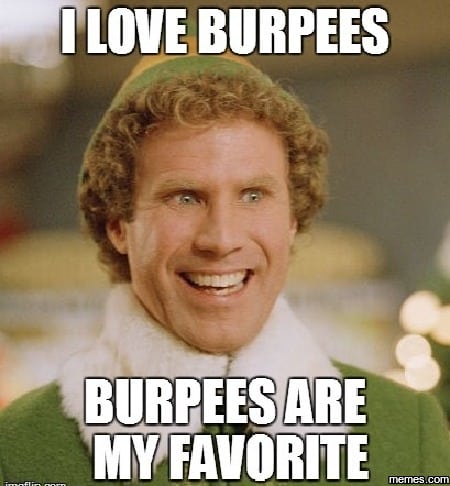 Jailbreak back to the flag
COT
BOM