7 PAX including 2 runners posted to celebrate Valentine’s Day with YHC. No cards or candy here. YHC pulls up with about 30 seconds to spare. With the extra time spent in bed YHC was able to think about the history of Valentine’s Day…..

Brief History Lesson: Between 600CE – 800CE, a forbidden love was born. Atayde, the great leader of the Muisca Indians, captured a fierce warrior of the Zipaquirá tribe, Tibaquichà. Tibaquichà was placed in a dungeon where he would spend the rest of his life. Princess Xhomara was interested in meeting a disgraced warrior such as Tibaquichà. At first, Xhomara would often ridicule Tibaquichà to his face. However, over time, the two became close. Often passing each other notes without the guards noticing. The two had devised a plan to escape and live together. Unfortunately, Atayde became aware of their plan and executed Tibaquichà and banished his daughter from the tribe to never be heard from again.

The tribe’s people would use the now Spanish word “valiente” to describe this type of love. Over time the word  would morph into valento and eventually to the present day use of “Valentine”. 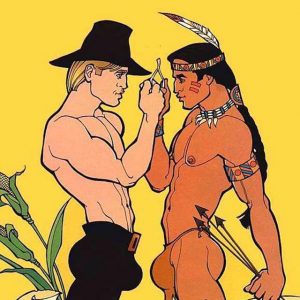 (Since Fool’s Gold posted this picture circa November 2018, the image has resonated strongly with me. The passion, the beauty, the vulnerability. Obviously these two men from very different backgrounds sharing one wish bone. The eventual betrayal is hard to understand. But for a moment the unity is beautiful).

With this image and the history of Valentine’s Day, YHC was ready to deliver his native themed Q.

A lot colder than we would like for this occasion, but fear not YHC was about to warm things up.

Mosey around the “big loop” as its known at Depot. Circle up by the playground.

Run the big loop back to the parking lot. Everyone grabs a block and heads to the fields. YHC used the lights because if there’s any day to do it with the lights its Valentine’s Day. By “it” I mean exercise. 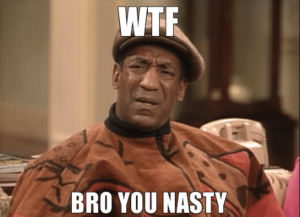 In addition to celebrating the First Americans the PAX would also celebrate the special number “11.” 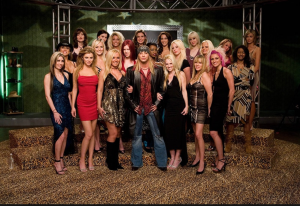 Notably missing: Shakira and music. YHC woke up too late to grab the speaker, but next time our hips won’t lie.

ATTENTION POTHOLE: Do you have the shovel flag and do you still love us? Circle one