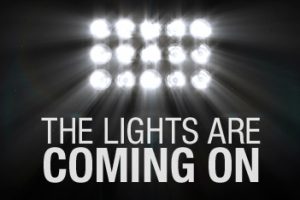 YHC hasn’t been on the Q sheet in quite some time – and, in fact, has been very slack this year having posted less than 70 times #F3LM150NotHappening. But something made me put my name on the line weeks ago and I’m glad I did. Turns out I’m leading the “Week of Former AOQs” workouts as mi amigo, Arrears, will Q Thursday! Note: Depot is only AO to have AOQa and AOQb, right Brother Si? It is a thing.

I try to get creative and entertain with my Qs; but I also try to help develop others and use it to teach the pax. Today was simple. A full body workout, nothing fancy, mixing in a chance for many pax to lead the smaller groups. Also wanted to mix in some OYO and IC work so pax can see what it’s like to Q and may get the bug and feel more confident after counting off “1, 2, 3” in smaller groups.

32 men walked the fields of Depot this morning and it was – as always – magical!

Conditions: Hot and Muggy – yet inviting with a twinge of excitement in the air

Grab a cinder block (with 32 in attedance, we ran out. Some pax were left with bricks) and meet at midfield

A little mixture of Old School Depot and New School Depot here as YHC turned on the lights before the workout; but they mysteriously went out before we got to the field. This allowed the OG Men of Depot to reminisce about the days before we had lights at the park. We continued work and about 5 minutes later the lights came back on and it was now PRIMETIME AT DEPOT!

10 Curls for the Girls IC

Some full-body station work in 6 stations. After each station, pax would return to the middle of field in their group for 10 Curls for the Girls IC and then move to the next station.

With 32 in attendance we had at least 5 men in each group.

The Men of Depot planked waiting on the last group and then returned our blocks.

NeckBrace let everyone know about a “new run group” that meets Wednesdays at Ballentine Elementary at 5:30 a.m. Has only been meeting about 2+ years.

Devo (dangit, forgot Devo!) Continue reading thru The Bible if you’re a part of that group. Full disclosure, I’m literally almost 40 days behind but am going to get it done.

Great turnout this morning! Thanks Socrates (Strut) and AlterBoy and Inuit (Jumanji) for making the trek to join the Men of Depot this morning. Great to see growth with 3 FNGs and great to see some men who have been staying in bed too long. Remember, Iron Sharpens Iron. You post for the guy beside you so be sure you don’t let him down by not getting out of the fartsack each morning. Do the harder thing and choose the red pill.