Conditions: 31, humid but clear after biblical proportions of rain

Tha Thang: Some background first…YHC first started posting at Dawnstrike circa 2016, but irregularly (which continues to this day). On May 20, 2017, I was honored with the opportunity to Q for the first time. I subsequently brought a #LegionLegit hour of pain to the pax, which left a certain AOQ/Mumblechatterer quite verklempt. I was fired on the spot and told to never return to that duty. And until today, I adhered to that. However, AOQs come and go, and recently I was voluntold that today was an opportunity to redeem myself.  So, what better way to do that than……..repeating the same workout (roughly), but this time with MORE PULLUPS and BURPEES! Alas, that particular pax went to the NE convergence so did not get to experience it.

Indian Run Single File to Heathwood Park, with pain stations every 200 yards or so with a variety of sets. 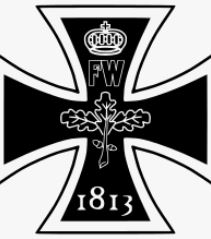 Intercession: While doing Iron Crosses, YHC provided a history lesson on the military decoration Iron Cross, often recognized as a Nazi symbol, but it actually originated 120 years earlier. The highest level of this was given to only one man, Herman Gorring, noted Nazi scumbag. This will segue into the Devo at the end.

At the Park: Burpups x 10. Line up. Lunge walks followed by an Arkloader exercise, with 10 pullups after each set. #crowdpleaser. BBSU x 15.

Indian Run back to Dreher, with the usual pain stations. Lot of Drydocks.

At Hollywood Squares, box jumps then dips. Mosey to blocks. Getting pretty tired at this point.

Endex. I didn’t get fired again!!!

Announcements: Souper Bowl of Caring, see links for each AO.

Devo: Herman Gorring (sp?) was the extremely popular #2 man for much of Hitler’s reign. Extremely gregarious, handsome, smart, but totally bereft of morals, contributing greatly to the Holocaust, and completely full of himself. Hitler understood his towering arrogance and at one point sought to feed his ego by awarding him the highest version of the Iron Cross, which no other man had or has ever won. He later was sentenced to death at Nuremberg, but in his fear and arrogance he poisoned himself prior to being hanged.

Pride goeth before destruction, and an haughty spirit before a fall. Prov 16:18.

I struggle with pride and arrogance as well. The cure for that is knowing the Bible and knowing Christ. The more you read and understand Scripture, the more you will see your faults. Additionally, the more you seek Christ, the more you will see his greatness and how much you fall short. You will also see how amazing it is that God himself condescended to come to us and die for us. Deny yourself, take up your cross, and follow Him.