So upon searching my brain for some ideas for this possibly damp Q, I quickly realized that my ideas suck so i went searching for someone else’s to “borrow”.  In my daily reading of Men’s Health magazine, because you know I like to read the sections about running mostly.  I ran across a article about a 52 yr old man that seemed to have it together physically, so this beatdown and the accompanying tunes were compliments of Tim McGraw (that’s a country singer who started out in the early 90’s for all you young bucks that might not know).  He provided no heading for his workout so I named it the BBQ stain on my white T-shirt beatdown and even donned a shirt in its honor.

Rain held off so the FNG’s that i promised would stay dry, well they stayed dry…in their BEDS (I’ll shall keep EHing)

72° and quite sticky,  1min warning, Disclaimer, BOM/Prayer and away we go…

Mosey to brick pile and grab a couple.  Ol Tim did his warm-up au natural but being the men of Smokehouse I added bricks.  3 Rounds of SSH 20 IC with a 20 sec break in between to warm-up.

Head to starting line on track and count in 3’s.  P1 and P3 stay at start and P2 heads down 100 yds where he’ll be doing Tug McGraws–a held lunge position with front brick raises (called for a battle rope but modification was required).  P1 runs w/bricks to relieve 2’s who run back to 3’s who are doing calf raises with bricks overhead.  10 mins then moved line back to 50 yd line doing same cycle. 5 mins.  Recover, bricks up.

Circle up and grab a partner and explain throw downs.  On ur 6 with head in between partners feet grab his ankles (no jokes here Hollywood) and raise feet up and partner will throw them down, keep feet from touching ground on thrown down.  10 middle, 10 each side, 10 more in middle, flapjack and when done recover/mosey to SF.

Devo:  Taken from Revelations 20 and 21. Despite life’s ups and downs and battles fought, if you are right with the Lord there is no doubt who will win in the end and what a glorious celebration that will be!

Moleskin:  Tried to keep it upbeat with some Tim McGraw tunes from back in the day but one of his best messages was one of his most recent. 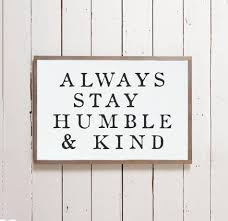